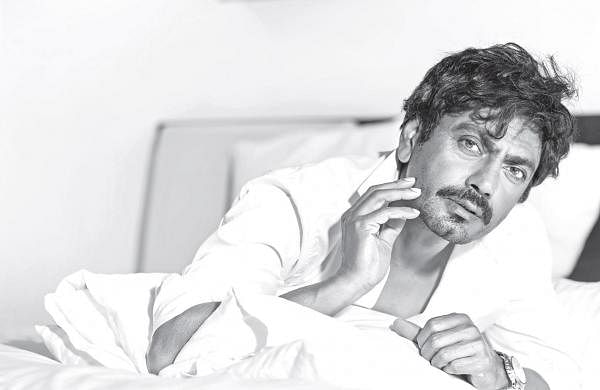 It is impossible to put Nawazuddin Siddiqui in a box. Romance, action, drama, comedy – he has done it all. And now with his latest role as Laila in Heropanti 2, the actor has added the eccentric cyber criminal to his eclectic repertoire. With a mohawk and funky blazer with too many buttons to one side, Layla’s laugh has a terrifying rhythm that mirrors one of cinema’s most iconic villains—the Joker.

Since then, over the past two decades, he has played a number of important roles – traditional and unconventional – thereby creating a fan base for him. Some of his memorable films include Gangs of Wasseypur, The Lunchbox, Manjhi – The Mountain Man, Kick, Bajrangi Bhaijaan and Manto. He also titled Anurag Kashyap’s Emmy-nominated crime thriller series Sacred Games with the character of Ganesh Gaitonde.

The 47-year-old actor wants to explore different aspects and personalities of the human mind. “Everyone has two images—one personal and the other public. We’re all hypocrites. We don’t reveal our real images to people. If you look at people quietly and quietly, everyone tells a different story. They have insecurities. I want to work on such complex real-life characters,” he says.

Siddiqui’s film and character choices have clearly paid off, as the grandeur of his new home in the Mumbai suburbs attests. But the lavish lifestyle does little for the UP boy from Muzaffarnagar who still lives beneath all those layers of glitz and glamour.

“I never dreamed of building a big house for myself. When I shifted there, I was sleeping in a big room but could not sleep peacefully, so I moved my bed to a smaller room. I sleep well there. I realized that my status is such that I can live in a small room,” he says, “all money and success haven’t changed me. I don’t think I will change as a person. I probably could have changed if I was younger, let’s say 25 years ago. There is no such scope for me now.”

After achieving success in the film business, Siddiqui – whose acting debut at the National School of Drama (NSD) auditorium in Delhi – says he does not care for the luxuries in life. “What is luxury? It is nothing but temptation and I was never attracted to it. I tried to wear branded clothes and shoes, but usually I used to leave the house wearing my brother’s shoes,” he laughs Huh.

What the actor cares about, however, is finding and landing great, one-of-a-kind roles. And to break down the unpredictability of the business of cinema, he seems to have made himself equally unpredictable, which keeps him from being vulnerable as an artist.

“I am a very secure actor and that is because I am getting so many good roles. When I passed out from NSD, I dreamed that I would do small but important roles, even if they were on TV. And Here I am getting a chance to play great roles in films – Manto, Bal Thackeray. My performance in Serious Men is getting recognition at prestigious film festivals. What more can I ask for?” He asks, “I only get insecure in front of child actors. They bring out real emotions whenever they perform on screen. They don’t have a dual personality. They are the same off-screen and on-screen. They are the same. Always speak the truth.”

Siddiqui is currently working on an offbeat film exclusively for “Festival Circuit”, and began writing the script himself. “It is based on the life experiences of various actors I met during my theater days. But I don’t think it will be appreciated commercially, so I will release it in film festivals. I will play the main character, but I am still looking for a director. After three months I got writer’s block, so now I have hired a writer to do the job,” admits the actor.