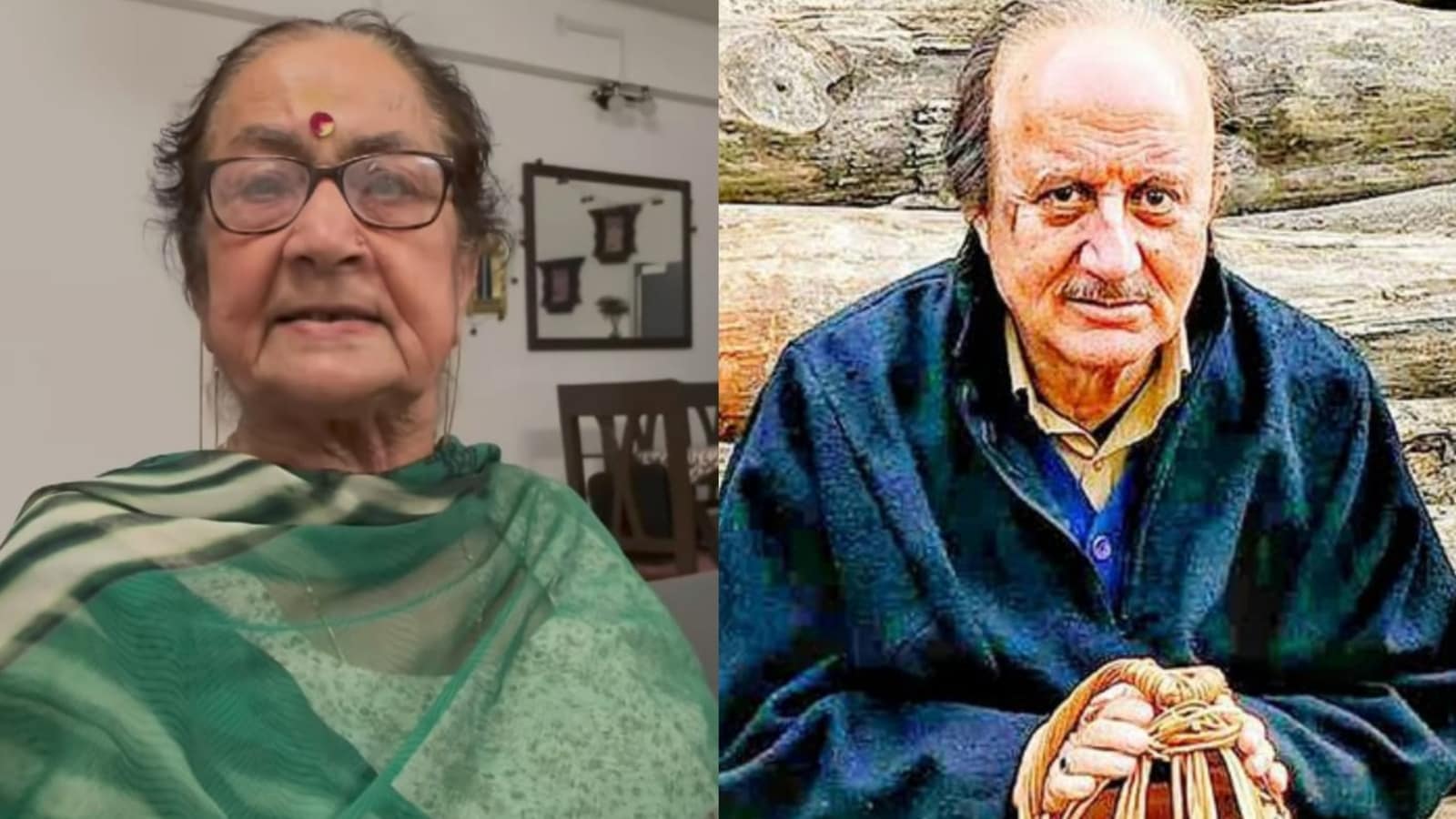 As The Kashmir Files continues its successful run at the box office, its lead actor Anupam Kher took to social media to share a message of appreciation for the film from his mother Dulari. The film is based on the exodus of Kashmiri Pandits from the Kashmir Valley in the early 1990s. Dulari himself is a Kashmiri Pandit and his younger brother was one of the many who had to flee their homeland three decades ago when communal tensions escalated in the region. ,Read also: The Kashmir Files Box Office Day 9 Collection: Anupam Kher Movie Taksal 24 crore, ready to cross 150 cr – mark,

Sharing the video on Instagram, Anupam wrote, “I wanted to be a little light hearted telling mom about the box office success of #TheKashmirFiles!! But she was not in such a mood. She was focused, fearless, hurt, disillusioned. And furious!” Anupam then said that his mother felt very sad and spoke about the suffering of Kashmiri Pandits including his younger brother Motilal Kak.

In this five-minute video, Dulari is seen talking to Anupam about the film. She commends director Vivek Agnihotri for being the first to make the ‘right film’. When Anupam, who can be heard outside the camera, asks her what she thinks is the reason for the film’s success, she says that it is because “the film shows what happened”.

Dulari then describes in part-Hindi, part-Kashmiri what her family faced in Kashmir three decades ago. She says, “My brother used to live in Rambagh. He came home one evening and was asked to leave everything. In the same year he built his house. They wanted me and my other brother to go there too. There was a letter on the door which read ‘Today is your turn’. That poor man neither took the deed home nor the bank passbook. He later died, heartbroken when he was taken away from the house he had so lovingly built. Later in the video, she talked more about her brother. “He didn’t even take the money. It was not that he had ancestral property in Mumbai or Delhi. So he stayed in a tent. I also don’t wish the same on my enemies,” she says.

Dulari was born in Srinagar and grew up there. In the second part of the video, she shares that she would love to return. “I will buy a house in Karan Nagar. I spent my childhood there. Even if I only had one room, I would still be there.” When Anupam asked if he liked her work in the film, she smiles and sarcastically says, “I didn’t like you. You were fine.” Then she says to someone outside the camera, “Isko nazar uttar do beta (Please remove her from the evil eye).”