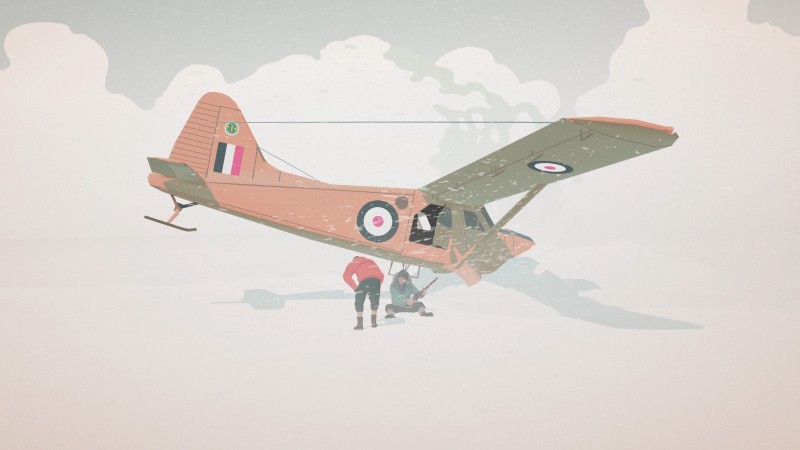 South of the Circle is a newly announced narrative adventure centered on survival and romance in the midst of the Cold War. The game comes from Lumino City developer State of Play and is being published by 11bit Studios, the team behind Frostpunk and This War of Mine.

During the politically charged 1960s, players control a climate scientist named Peter. As a Cambridge academic, he finds himself struggling with an ongoing global conflict that creates a rift between him and his love, Clara. Peter’s troubles are compounded during a trip when he crashes in Antarctica. Trapped, he must now escape the cold landscape that led him to this point, while reflecting on the personal and professional choices he made.

State of Play says South of the Circle is inspired by narrative adventure games like Firewatch and What Remains of Edith Finch and boasts a striking cinematic, minimal art direction. It’s unclear how the gameplay unfolds, but the implication is that the conversation will be on the minimalist side of things. The game is brought to life by an ensemble cast including Gwilym Lee (Bohemian Rhapsody), Olivia Vinal (woman in white), Richard Golding (Crown), Anton Lesser (game of Thrones), Adrian Rollins (chernobyl), and Michael Fox (Downton Abbey,

South of the Circle is planned to launch later this year and will be available on PlayStation 5, Xbox Series X/S, PlayStation 4, Xbox One, Switch and PC.