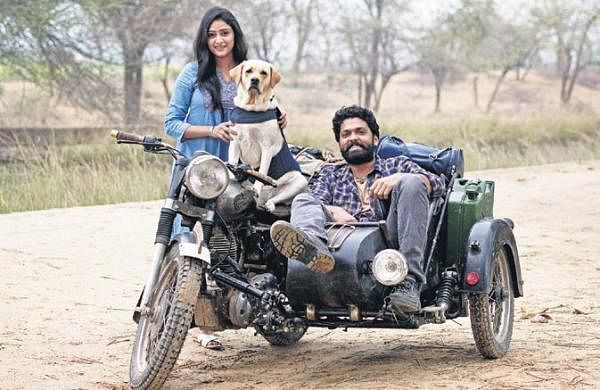 Rakshit Shetty’s 777 Charlie is set for a pan-India release on June 10, with the bigwigs collaborating and distributing the film in different languages. The makers had earlier announced that Prithviraj Sukumar’s production house and Kartik Subbaraj’s Stone Bench banner would release the film in Malayalam and Tamil languages ​​respectively. The latest development is the Telugu version of the adventure drama which will be presented and distributed by Rana Daggubati through Suresh Productions.

The makers made the official announcement on Sunday. While Paramvah Studios will distribute the Kannada version, the makers will soon announce the Hindi distributors when they close the deal.

Directed by Kiranraj, 777 Charlie explores the relationship between the protagonist, played by Rakshit Shetty, and a dog named Charlie. The film will follow the protagonist, who is stuck with his negative and lonely lifestyle before Charlie, a mischievous and energetic puppy, enters his life and gives him a new perspective. Labrador retriever will play the lead role in 777 Charlie.

The film also features an ensemble cast including Sangeeta Sringeri, Raj B Shetty, Danish Sait, Bobby Simha and others. Produced by GS Gupta and Rakshit Shetty, the film has music and background score by Nobin Paul, while Arvind S Kashyap and Vikram Mor handled the cinematography and stunt choreography respectively.