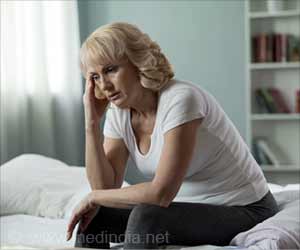 It is estimated that 4.8% of American adults (about 12 million people) have pain in the area of ​​the temporomandibular joint (near the jaw). Some estimates are as high as the 15% of American adults who have at least one symptom of TMD, the second most common being musculoskeletal pain (along with low back pain first).

Women are twice as likely to develop TMD than men,

Which has given rise to theories that the disorder is influenced by hormone changes.

To date, there is limited literature regarding the prevalence of TMD during the menopausal transition, although a 2018 study showed that TMD was more common and severe in premenopausal versus postmenopausal women.

The results were not surprising as the temporomandibular joint disc contains estrogen and progesterone receptors.

In this new study, women were divided into groups based on their menopausal stage (late menopausal transition, early postmenopausal, and late postmenopausal) to evaluate differences in the intensity of their TMD-induced pain. Was.

Based on the results, the researchers concluded that

TMD-induced pain and menopausal symptoms are mainly correlated in the late menopausal transition.

Both decrease with age and progress through the later stages of menopause.

In addition, socioeconomic factors such as education and ethnicity also influence TMD symptoms in post-menopausal women. These results suggest the value of evaluating women for TMD as they approach the menopausal transition.

The results of the study are published in the article “Is temporomandibular disorder related to menopausal symptoms?”

“This study reinforces the known relationship between sex steroids, particularly estrogen, and the experience of pain. These results are unique in showing that TMD symptoms are associated with menopausal symptoms and vary in stages of menopause. more prominent TMDs and menopausal symptoms appear in the menopausal transition than in the postmenopausal years. More studies are needed to identify factors such as low education, which may contribute to these associations, as well as moderate Strategies to reduce distressing TMD and menopausal symptoms in aged women,” says NAMS medical director Dr. Stephanie Faubian.