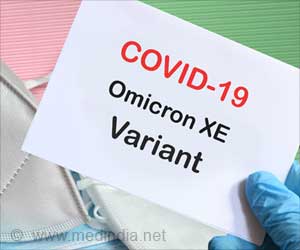 The new sub-variants do not cause a more severe infection than the Omicron strain. Still, they appear to be more contagious; Van Kerkhove said Wednesday during a Q&A on the organization’s social media platform.

He said WHO is monitoring BA.4 and BA.5 to determine whether they will eventually overtake BA.2 as the dominant strain worldwide.

“We don’t know how this variant will behave, how these sub-variants will behave with the dominant wave of BA.2 in other countries,” van Kerkow said. “That’s what remains to be seen.”

Last week, the UK Health Protection Agency report showed that South Africa has recorded the most – 395 cases of BA.4 and 134 cases of BA.5 as of 6 May.

The report said the number of sequences is small, but “the apparent geographic spread suggests that the variant is circulating successfully.”

Van Kerkhove also mentioned another omicron subvariant called ba.2.12.1, which was found in 23 countries. She said there are more than 9,000 reported sequences of the subvariant, most of which come from the US, the report said. BA.2.12.1 made up about 42.6 percent of all new cases in the US during the week ending May 7. According to data from the Centers for Disease Control and Prevention.

Van Kerkhove said the higher growth rate of BA.2.12.1 may have increased transmission globally, but it showed no difference in hospitalization rates compared to BA.2.

He urged governments around the world to closely monitor BA.2.12.1, BA.4, BA.5 and other subtypes, emphasizing the need to maintain COVID testing and sequencing.