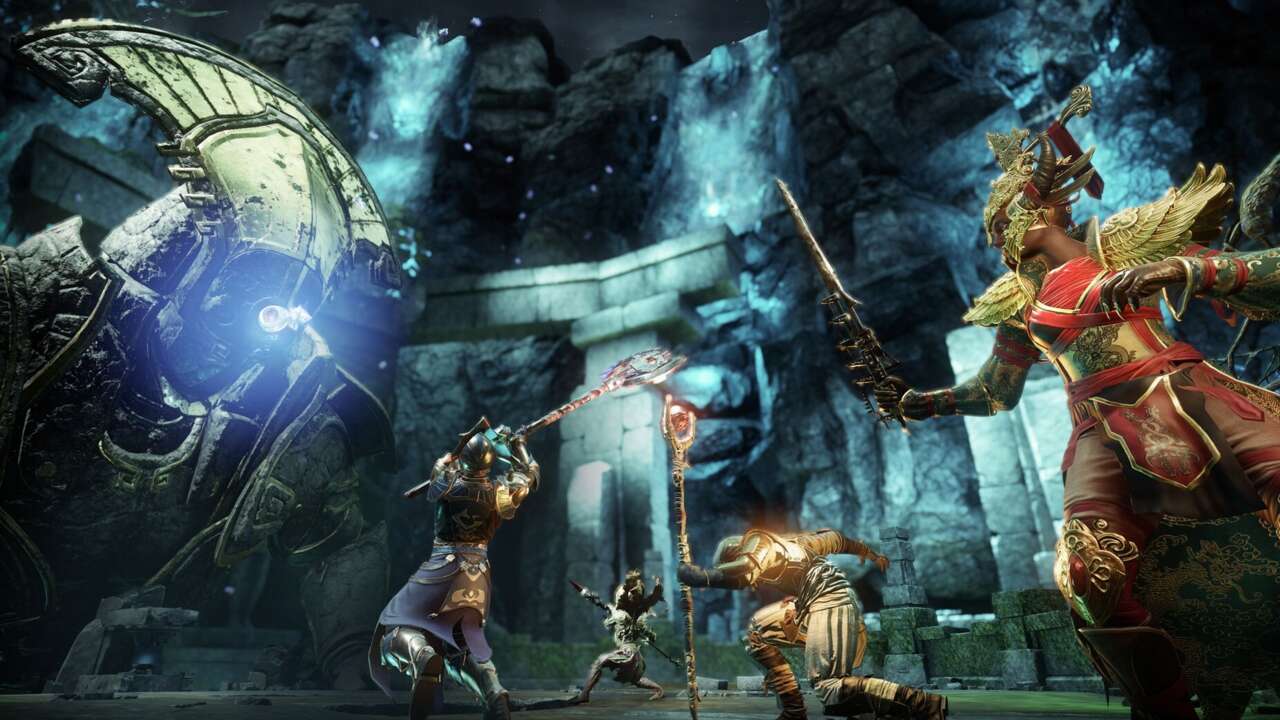 Amazon Games has outlined a content roadmap for its MMORPG New World, and it includes a major new area, great sword weapons, additional campaigns, and a long list of changes aimed at further reducing player friction. .

The announcements come as part of the latest New World developer update, where members of the New World team dive deeper into the game’s upcoming March update and future plans.

Chief among those future plans is a new, desert-themed endgame zone called Brimstone Sands. That area will also introduce a new Roman-inspired faction and a new endgame campaign, The Ennead. It’s all going to come out this fall, along with the new great sword weapon.

A new pirate-themed campaign, Barnacles and Black Powder, will be included this summer, as well as an expedition group-finding tool. There will also be a major in-game summer event, though Amazon didn’t elaborate on the specifics.

Most of the latest developer update is devoted to the changes the team is currently working on to further reduce player friction, something previous developer updates touched on as well. In addition to existing changes such as lower fast travel costs and changes to in-game taxes, more coming in the March update include the ability for players to view and manage their inventory on the go, sign-up for battles and attack from the map Will be (rather than going to a site of war or invasion), and the ability to sell homes back.

Perhaps the two biggest changes are storage and ammo for ranged weapons. Storage in the game’s various towns can now be transferred between cities for free, without the cost of any coins or faction requirements. This is the first step in what Amazon describes as a more global storage system for MMOs. The March update will also include a major change for players who love weapons—buying or buying large amounts of ammo is now a thing of the past. All-range weapons like bows, muskets, and the upcoming Blunderbuss weapon will soon have an infinite supply of Tier 2 ammo. In addition to the quality of life changes, a previously unknown new feature is coming as part of the March Update-3v3 PvP Arenas, complete with its own PvP reward track.

While they won’t arrive in the March update, additional changes are being made to make it more rewarding, as well as changes to area permanent bonuses and the ability for players to re-select those region-wide buffs. Many area bonuses, such as XP gained in an area, are completely useless at max level, so this appears to be a step in improving that situation.

Cross-region server transfers are coming “very soon,” according to Amazon, as is a Double XP Weekend designed to help returning players to the game reach maximum levels. That double XP buff will also expand to weapon XP, allowing players to level up additional weapons like the Blunderbuss at an already maxed-out player level.

Amazon recently announced that it would not proceed with reducing the player count of the game’s 50v50 battle mode, citing player feedback. New World’s March update is currently being tested in the game’s public test area and is expected to arrive in the game’s live version soon.