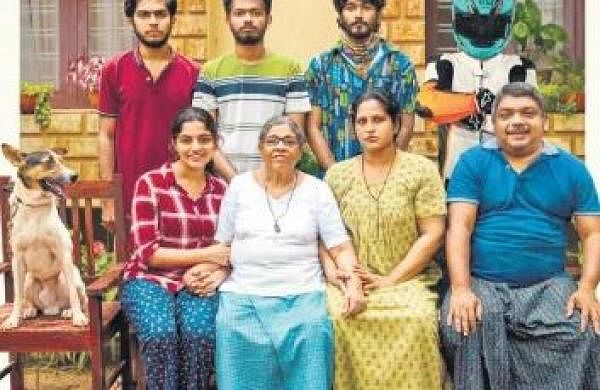 Since the start of the pandemic, some filmmakers have found themselves exercising their creative muscles. While some came up with ideas during the first wave, others found a way to kickstart projects during the second wave. Debutant Arun de Jose is among the latter. Their aim was simple: create something that doesn’t delve into the dark aspects of the pandemic. He dusted off a story that had been with him for a long time and placed it in the setting of the second wave.

Arun says, “The idea was to make a quirky recreation around the despair of people stuck in their homes during the lockdown, which bases the mine on several wacky, comical situations. “When family members have to spend a long time looking at each other’s faces, and students have to deal with online classes, this scenario brings up many conflicts.”

Arun, who co-wrote the script with Ravish Nath, describes Joe and Jo as a “coming-of-age drama” that doesn’t have heavy bones. Nikhila Vimal and Matthew Thomas play “warring” siblings (as seen from the trailer), but the film also features other characters—according to Arun—with “equally important” presences. The filmmaker says, “My film explores conflicts between friends, siblings and other family members, and how they deal with them, through three parallel tracks.” before this. In the promo of Joe and Jo, Nikhila is found in an unhurried comic space with Johnny Antony and Sminoo Sijo (as the parents) and Naslain as Matthew’s friend.

When asked how he handled the range of hyper and subdued performances in the film, Arun said, “Since people show their true side when they feel trapped during the lockdown, we cannot show their elusive features. We have to show how they really behave when they are at home with their family members. When the mask of dignity is removed, they reveal their true form as they have no other choice. I think everyone will be able to find a relatable moment from the film, be it someone from a rural or urban background, regardless of class differences. We have not romanticized a single character in the film. I see them the same way I see my neighbors or family members.”

Prior to making his directorial debut, Arun worked in the industry for over a decade as a lead collaborator with filmmakers such as Lenin Rajendran, Major Ravi, Aashiq Abu, Abrid Shine, G Prajeeth, Ranjit Shankar, and Madhav Ramadasan. Did.

Joe and Joe will hit theaters on May 13