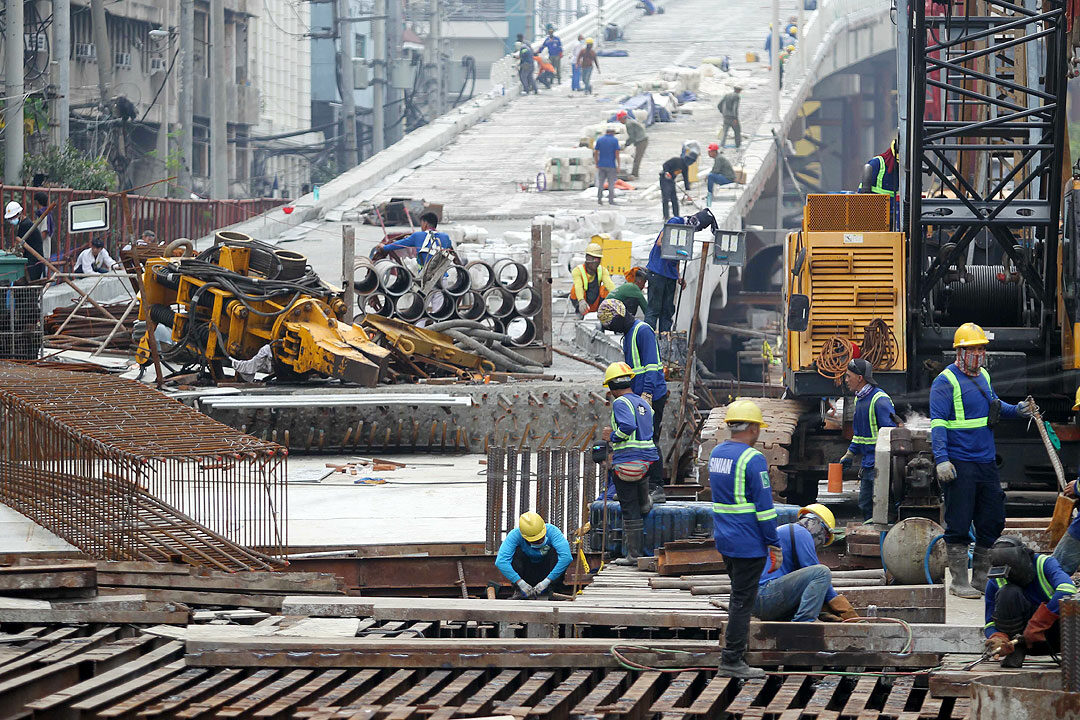 Analysts said infrastructure spending is likely to pick up in March, as agencies sought to fast-track projects before the end of the first quarter and election restrictions on public works.

Nicolas Antonio T., senior economist at ING Bank NV Manila. “We may see a pickup in March as line agencies race to meet allocation heads before the end of the quarter as well as the start of campaign-related spending restrictions,” Mapa said in a statement. E-mail.

The election ban on public works began on 25 March, and would last 45 days until 8 May, the day before the national election. The law, which also prohibits social welfare relaxations, seeks to prevent politicians from using state resources for their election campaigns.

Mr Mapa said the 16% drop in infrastructure spending in February was more likely FIn the same month of 2021.

“I believe the decline was mainly due to timing issues that helped push last year’s numbers up more than anything,” he said.

“We can see that spending on infrastructure will continue as ongoing projects resume after the election,” Mr Mapa said.

National elections will be held on May 9.

However, Mr Mapa said infrastructure spending could face challenges in the long term, adding that the next administration would be constrained by budgetary limits, given the high level of debt.

Debt stood at P12.09 trillion at the end of February, while the country’s debt-to-gross domestic product (GDP) ratio hit a 16-year high of 60% last year. This is above the 60% threshold considered manageable by multilateral lenders for developing economies.

“The new president will have [their] hands full with carefully navigating a challenging global landscape while a fiScale handicap,” said Mr Mapa. “As such, spending on infrastructure, outside the continuity of ongoing projects, could face headwinds.”

UnionBank of the Philippines, Inc. The chief economist of Ruben Carlo O. Asuncian said that spending on infrastructure will increase again after the elections.

“We have to look at the current budget that the next administration will inherit from the previous one,” Mr Asuncion said. “A large part of it is said that the national budget has been allocated for infrastructure development, and we think that will be visible at the end of this current financial year.”

This year’s national budget is P5.024 trillion, which is almost a quarter of economic output and an increase of 11.5% over the previous year. About P1.2 trillion has been allocated for infrastructure this year, or the equivalent of 5.3% of GDP. , Tobias Jared Tomas