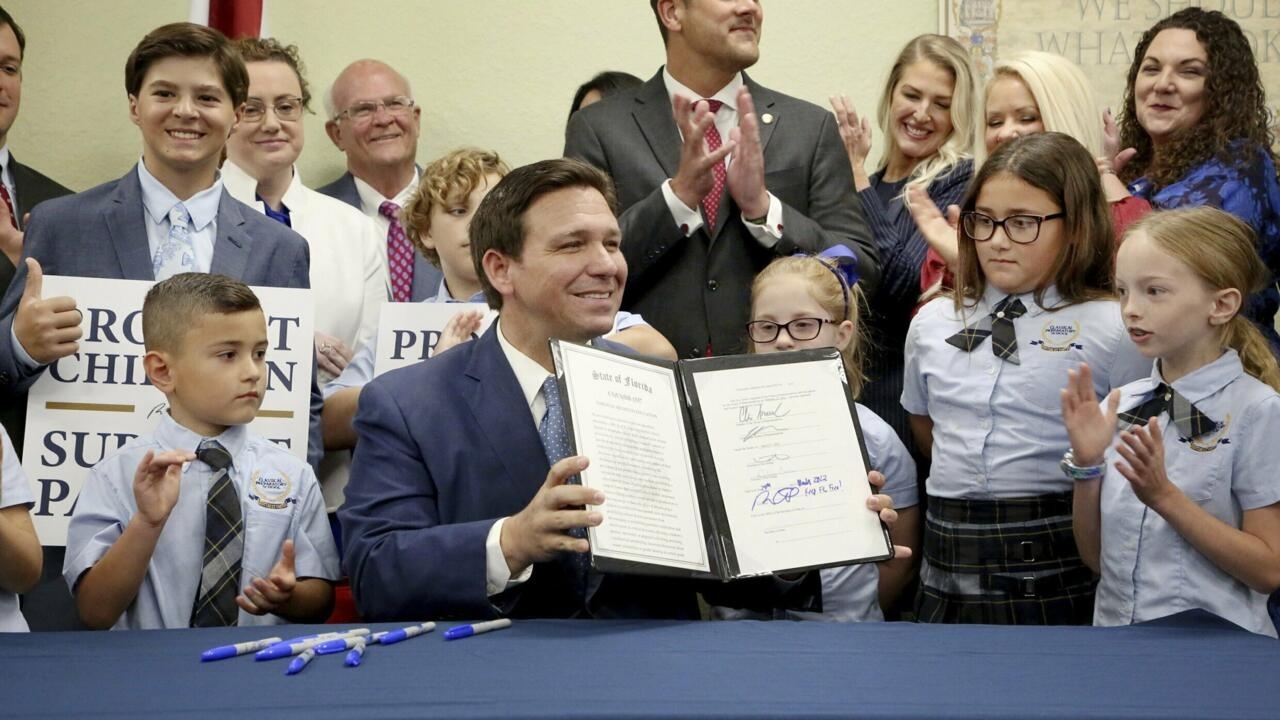 Before signing the bill into law, the Republican governor said, “We will make sure that parents can send their children to school to get an education, not an education.”

Opposition Democrats and LGBTQ rights activists have lobbied against the “Don’t Say Gay” law, which would affect third-grade children in kindergarten when they are eight or nine years old.

Critics say the term implies that the bill could be applied to older children as well.

Republicans have protested that teachers and students can in fact speak out about sexual orientation and gender identity spontaneously and that the bill simply prohibits lessons on these issues from being part of the official school curriculum.

The law caused a stir across the country after it was approved by Florida’s Republican-majority state Senate on March 8.

The controversy also sparked protests at entertainment giant Disney in mid-March among activists for not opposing the law outright.

The company, which employs about 75,000 people at its theme park in Orlando, Florida, finally denounced the bill in a statement on Monday.

On Sunday, the hosts of the Oscars – comedians Amy Schumer, Regina Hall and Wanda Sykes – pointed to Florida law in their commencement speech when they repeated the word “gay” several times.

For months, Republicans in Florida have been fighting a battle for parents to have more say in what their children learn in school than they are called.

“DeSantis has damaged our state’s reputation as a welcoming and inclusive place for all families, making us the object of laughter and national ridicule,” the NGO said in a statement.

“Worse, it has made schools less safe for children.”

The Education War in Florida also focused on the teaching of critical race theory, the theory that racism is an inherent part of the law and legal institutions in America, in that they work to perpetuate social, economic, and political inequality.

Last month, the lower house of the Florida legislature passed a bill banning the teaching of race-oriented subjects as part of the official school curriculum.