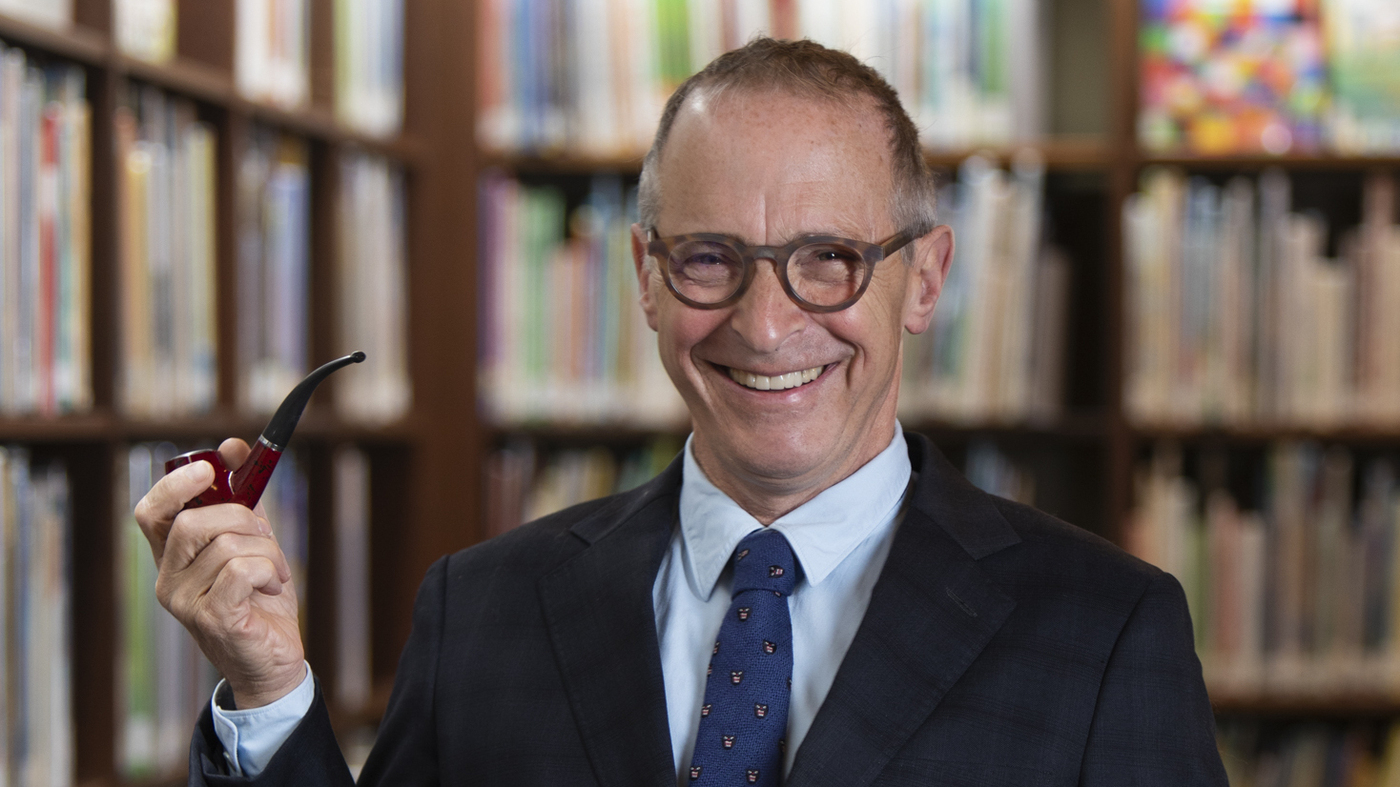 Is it possible to love a hateful person? That’s the question of comedian David Sedaris when he reflects on his belligerent relationship with his late father, Lou.

“It has been the driving force in my life: the animosity, the war that my father and I started when I was young and fought every day of our lives,” he says.

Sedaris describes his father as a mean man who was buried in “layers of anger and despair”. He used to toughen up contractors, make sexual remarks with his daughters and, when Sedaris was young, often pushed and beat her. Sedaris always felt that Lou disliked her and wanted to cut her out of his life.

In his later years, Lou moved to an assisted living facility and developed dementia. At the time, Sedaris says, his father forgot that he was a difficult person. Instead, Sedaris compares his elderly father to a “little cheerful gnome”. Nothing bothered him; He no longer criticized everyone and everything.

Says Sedaris, “I don’t know why … that his little core was finally flaring up.” “But I felt so lucky that I was able to be in the presence of that lovely person.”

Lu died in 2021 at the age of 98. Meanwhile, Sedaris is still working to overcome his anger and pain towards his father. He writes about Lou in his new collection of essays, Carefree,

“It’s hard because you don’t want to be a 65-year-old who is saying that your father was mean to you. So here I am, 65, and hopefully it’s not crying,” he says. I thought there were many people in the same position I was in. I hear from them all the time, people whose parents were difficult.”

I think what changed was a real person and then the character of that person. And when you are in a story or an essay, you are the character of who you are. My father was not a good person, but he was a great character. I know a lot of people who are good people, but have terrible characters. They don’t just work in an essay. They just don’t advance anything. When I wrote about my dad in the past, he was like, “Oh, that nut!, gee, he can be tough sometimes, but that’s cute Lou!” But that wasn’t really who he was. Now that he’s dead, I feel like I can let go of that aspect of it.

On the nuances of loving a mean person

The way I’ve always understood things is to write about it. When my mother died… I wrote something about my mother and I read it aloud. And it was by far the easiest thing I could do to remind the people living in a room why my mother was such a wonderful person. And my father said, “I want you to do the same thing when I die.” … he asked me to do it and so I read something and there was not a single good thing in what I read. The talk was just about how he used to trample other cars in the supermarket when someone took his parking space and made comments he made to people and how no one understood his jokes. But I finally said, “People say, oh, I know you’re going to miss him so much.” And the fact that we will. As for why, we have to get back to you on that, because it’s complicated and it’s allowed to get complicated. I think now people are more inclined to say, “Well, that’s a bad person. We all hate that person now because they’re bad.” But it is much more nuanced than that. You can still love a mean person. You can still love a difficult person. As an adult your brain must be big enough to hold all these things. I could easily spend the rest of my life trying to sort out my feelings for my father.

On comparing his father to Donald Trump

My father was making perfect preparations for Donald Trump to be president. Just outrageous lies. … talking about his daughters sexually was something Trump was like. Not paying people for the work they do. When I was getting ready to move to New York City, he had a rental property and he said, “Paint the rental property, this will give you some money to move to New York.” And so we agreed on a price. I painted the rental property. He gave me half of what he had promised and then offered to fulfill S&H Green Stamp When we moved south in 1964 he brought it from New York State and I said, “Green stamps? They’re useless!” “No, I heard you can redeem them in Florida!”

it was the same three Stooges Cartoon. It was really like that. it sounds terrible [today but] At that time, everyone was punished by their parents and it was normal to be hit by the parents. … as if my mother slapped me in the face many times. Everyone gets slapped in the face several times, usually for slapping him or something like that. But with my dad, it seemed more like This person doesn’t like me. This person wants to cut me out of his life. I remember he once said, “The only reason I won’t kill you right now is because I know I’ll never be able to stop.” And that sort of thing was worse than being hit on the head with a spoon.

On his late sister Tiffany’s claim that her father sexually abused her, and the difficulty of not knowing what to believe

At the same time, our dad did and said a lot, which was certainly beyond fade. When my older sister was 17 years old, she tried to make her go into the woods and pose topless for her. He just got this Nikon camera, and he said he was about to take some art photos. “I have magazines that I can show you. This is art. It’s not messy.” … The way he used to talk about his daughters, their bodies and stuff, that was, again, a different time. No help in the matter.

It has been interesting, after he died, I have received a lot of letters from people whose one brother has taken his life. People who don’t understand this are like, “I can’t believe you wouldn’t talk to someone who was weak, that you wouldn’t extend a hand to someone who was weak.” And people who have someone like this in their family are like, “I know what you’re doing. Sometimes you just can’t do it anymore. Sometimes you just have to.” I mean, it sounds so selfish to say, I have to protect myself, but sometimes you do. Sometimes it can be so brutal that you just have to take some time off. And I never meant that time went on for so long. I always thought Tiffany and I would get back at each other and, you know, and then she killed herself.

Sam Brigger and Joel Wolfram produced and edited this interview for broadcast. Bridget Bentz, Molly CV-Nasper And Natalie Escobar adapted it for the web.