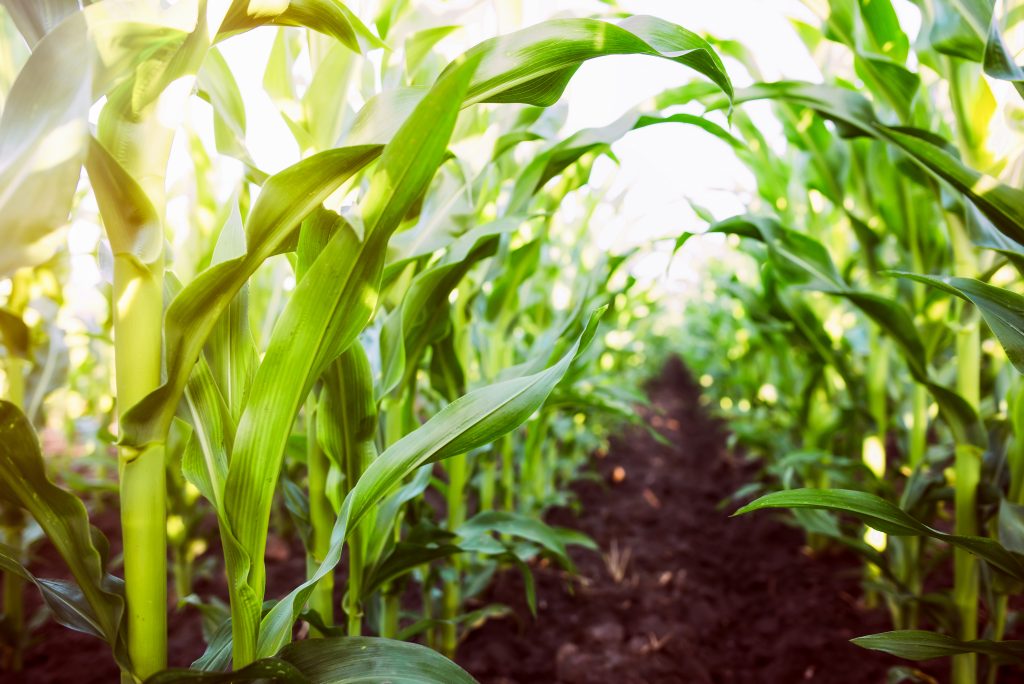 Janet Clark: Climate resilience is defined as the ability of social, economic and ecosystems to cope with a threatening event or trend or disturbance in the current climate of the world. This is according to the latest 2022 summary document for policymakers of the Intergovernmental Panel on Climate Change. In this podcast, our last in a series on agriculture, we speak to Nedbank’s Maluta Netsholu, Senior Manager: Agriculture, Customer Value Proposition, about climate resilience in our agriculture sector.

Maluta, what in your opinion are the components of a climate-resilient agricultural sector in South Africa?

Maluta Netshaulu: To answer your question, we have three components when it comes to climate resilience. The first is sustainable production practices, the second is the adoption of technology and innovation, and then last but not the least is the sustainable solution.

Janet Clark: right. If you want to use some examples from the past few years, can we dive into the first sustainable production practices you’ve seen both locally and even internationally? I am particularly interested to hear your thoughts on regenerative farming practices.

Maluta Netshaulu: For the longest time I think farmers applied traditional production practices, harvesting the soil and applying a lot of fertilizer and a lot of water in terms of their resource availability and the impact of the inputs being put into the soil.

But in the past few years, due to resource constraints and pressure coming from the international community and consumers, we have seen a radical shift from practices that promote sustainable production practices in the context of ecologically friendly. practices, using less harmful material to more organic matter which is more friendly in terms of soil, water as well as environment.

So farming has really changed now, but it’s going in that direction as well. I am trying to say that not everyone has moved that way, but we have seen a lot of farmers move that way because it is no longer about profitability; It’s also about being able to be sustainable in achieving those results.

Then, when it comes to some of the big trends, it is on production practices that actually promote a reduction in carbon sequestration, for example, when it comes to regenerative agriculture or conservation agriculture. It is here that you will see that this type of farming promotes farming in such a way that, at any point in time, in a year or a season, the land is never left vacant.

If you drive on the N1 to Bloemfontein, or even to Limpopo, you can see during the winter months, or even some other months, when farmers have harvested the land and prepared for the next season. Have prepared them in waiting.

In a sense, when they are preparing and clearing the land from the previous season, it releases a lot of carbon into the atmosphere and consequently destroys a lot of nutrients because the land is still bare.

But when it comes to regenerative agriculture, you find that they do intercropping, whether we have corn and, in between, rows, cover crops, or immediately after harvesting they also make sure they are actually in the ground. don’t clean up, but then they allow [the planting of] what is left on the land, other crops on it, which actually promotes in terms of ecological balance, making sure that whatever is there, the things that are living in the land, there is no disruption, and The water content of the soil remains good.

And then we see that, as they start the new production season, it also saves a lot on soil, chemicals and all that stuff that, at the end of the day, helps their bottom line. It is more abstract in terms of what is conversation or regenerative agriculture.

Janet Clark: Your colleague, John Hudson, spoke quite strongly about the farmers in South Africa wanting to do more for less. How does the adoption of technology and innovation help in this regard, as well as increase climate resilience?

Maluta Netshaulu: I think John has put it well. His statement was all around ‘If you think agriculture and technology don’t go together, you are absolutely wrong’. This is what we have seen in agriculture. For example, gone are the days when [no technology is used]Except for a very small holder-type setup.

But when it comes to commercial and even mega-farmers, from the use of tractors, to highly sophisticated pieces of machinery, to the use of irrigation systems, to the use of things like IoT. [the Internet of Things] Instruments, remote-sensing, aerial and drone imagery and all those things, and precision farming – these are very sophisticated technology systems that are being used to help farmers know what’s going on. [their] farm. and be able to make better decisions in terms of what to implement based on the data received. If it’s aerial imagery, you’re able to figure out where the stress is on your farm; where do you want [to pay] Care.

Some of the feedback you’re getting includes things you can’t see with the naked eye. So being able to act based on that data is, I think, important, because by doing that you’re able to minimize the loss of income, or you [are] working for a while; This may mean that you need to apply more in terms of corrective measures.

That’s what technology has done for this area. It has now become such that it is common for farmers to use this technology only with their tractors. [whether it’s] John Deere or Massey Ferguson, or Case, for example, they can simply check with their screens while they work on the ground, either planting or harvesting – to see what’s going on, what feedback they’re getting sensors of that machinery, and be able to act on it. And to be able to look at that exact moment or even after and say, oh, I managed to harvest this area, specific to that area, what are the reasons for that – and then be able to plan accordingly .

So this is what technology and innovation have come to adopt [mean] When it comes to agriculture.

Janet Clark: Well, I see that agriculture also can’t avoid big data, and I think it helps a lot in understanding weather patterns and planning for that. But it doesn’t always have to be high tech. There are other sustainable agricultural interventions that can help with certain weather events, or weather changes. Can you give me some examples of this?

Maluta Netshaulu: Yes, most definitely. When you look at climate change, we are seeing a lot of weather that is quite uncertain, not easy to predict. I’m not talking [about things] like rain. Let’s talk about things like natural hazards, like excess wind or hail, or things like frost in winter.

So these innovations that exist there, for example shade-netting or hail nets, because they also know that farmers, especially those who work in areas where they are susceptible to those kinds of natural hazards are, and they are cultivating varieties of very high type yield. Like the citrus space, we’re talking soft citrus, or in a wine space or a table-grape space, or even [about] Macadamia for that matter, they are able to establish solutions that aren’t even cheap to be honest, but they give them the opportunity to combat those natural hazards or protect their high-value orchards.

They can increase the performance of those gardens by up to 20%, reducing water use, fertilizer or nitrogen applications. So at the end of the day, they help farmers use those innovations like insurance, especially when it comes to tree crops, so insurance is very expensive. Most people can’t afford it and most people don’t take it. So they use innovations like shade netting to act as an insurance and also help protect them [valuable] Production and orchards.

Something that helps even more is like cross-pollination. If you have table grapes with seeds, on the other hand, those that are near seedless. [variety]And you have seedless. Has contracted with Woolworths or Checkers for [variety]And you have to deliver at the end of that season, if that other seed [variety] In one way cross-pollinates your seedless, it is going to result in losing your contract, which can turn into other issues for you in terms of market access etc. So, by placing that net, you reduce that risk of cross-pollination and birds eating your crops and so on.

So this is a very, very good example of what sustainable solutions farmers are adopting, and they are seeing value in the context of their actions.

Janet Clark: You mentioned climate change, and one way to tackle climate change is to look at alternative and renewable energy solutions. But why do you think farmers are turning to alternative and renewable energy solutions? Is it always a climate-change topic, or does it sometimes just survive because they can’t rely on their electricity all the time?

Maluta Netshaulu: I think it’s around the latter statement you just mentioned. It is all about an energy source that is reliable. In South Africa, with complete instability and unreliability of the grid for a variety of reasons – it could be load shedding or it could be cable theft, it could be [a] Cable faults, or it could just be system vandalism – if farmers are going to have a lot of downtime and farmers who are struggling to power their irrigation systems, power their milking parlors, or their processing If they are using electricity to power the plant, it does have a lot of negative impact in terms of their profitability. As a result, they may even lose their job.

So it has come to a point where we have seen a lot of farmers adopting renewable energy solutions like solar PV [photovoltaics]For example, where they would set up to make sure they minimize the risk of downtime due to the things I mentioned.

So it’s true. We’ve seen it enough. Even from Nedbank, we have seen a lot of requests for financing renewable energy installations for our farmers, for example, to ensure that they are resilient to risks such as load shedding.

Janet Clark: So climate resilience is a topic that is closely linked to climate change. But even without bringing it into the picture, southern Africa has always had high rainfall variability. Even in what we consider to be a normal year, farmers will still benefit from increasing their climate resilience to food production and the South African economy.

Moneyweb does not endorse any product or service advertised in sponsored articles on our platform.

Brought to you by Nedbank Agri.