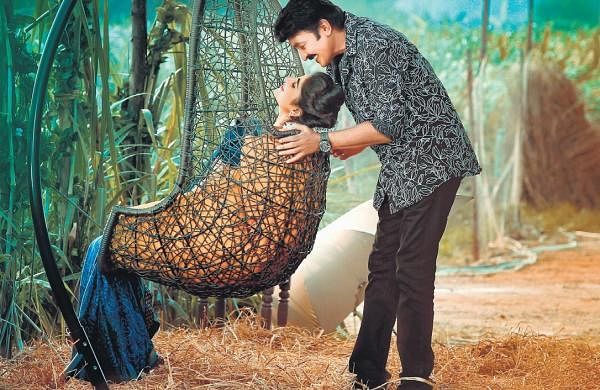 Jeevitha Rajasekhar’s latest directorial Shekhar is a compelling investigative thriller that throws light on the life of a retired police constable who is going through an emotional turmoil. The official remake of the Malayalam crime thriller Joseph (2018), Jeeveetha stays faithful to the blueprints of the original film, making it tight and crisp in the second hour.

Shekhar (Dr. Rajasekhar) is a man of restrained emotions and is popular in his department for his skillful investigative skills. Shekhar and his three friends lead an undisciplined retired life and the group never misses an opportunity to use their expertise when a suspicious case strikes in the city. He is still a familiar figure to his superiors and he does not hesitate to help them solve unsolved murder cases. After discovering the culprit behind a twin murder case, Shekhar returns to his home to be engrossed in the memories of his ex-wife Indu (Athmiya Rajan) and daughter Geeta (Shivani Rajasekhar). He could not let go of the happiest memories and cheerful life spent with his loved ones and when the back story unfolds we get to see many layers and sub-layers of his life.

While deftly switching between twin tragedies and mastery over individual crime scene investigations, Shekhar slowly draws you into the mystery at the center of his plot. The story doesn’t even come across in comedy tracks and romance – at least not by much. Most of the twists are cleverly revealed, and Shekhar moves on to the smallest of unexpected things. With mobile tower tracking, benzidine test (to detect blood stains), call dumping, data matching, creating a plan and providing a picture of the events that serve as key plot points, you will be informed of the outcome of the investigation. Gets the feeling of investing continuously. ,

The screenplay opens efficiently but at a slow pace, especially in the first half which ends on a scintillating twist. The second hour picks up pace with interesting plot twists and details about what the mission is and who is Shekhar’s target. Jeeveta Shekhar deserves applause for making the world to perfection – be it his present life with his friends, his love story in the past and his strained relationship with his wife. He has also handled the relationship between Shekhar and his ex-wife’s husband Mallikarjuna (Kishore) in a mature manner. But I fail to understand why from the first scene Mallikarjuna has immense respect for Shekhar and perhaps, some details in his acquaintance would have made things more interesting. The songs also sync well with the story and complement the flashback sequences perfectly. The Araku Valley makes for an evocative setting, and Jivita Rajasekhar draws heavily on the natural beauty.

Then they are plot holes as Shekhar easily moves in and out of people’s homes. The director failed to bring out the nail-biting suspense that will keep the audience hooked from start to finish. Like many films of this genre, crimes require us to take a huge leap of faith when faced with the facts. The climax, coated with an underlying message, feels stretchy and heavy.

What has helped is Shekhar’s stellar cast of actors, each one of them not trying to dominate the other, but showing sincerity to their characters. Rajasekhara brings to the table what only he can do as a grieving father, passionate husband and abandoned lover, who hid his feelings under his weary eyes. He is brilliant in character, expressing anger, guilt and excitement in everything from his body language to dialogues. Sameer, Bharani and Abhinav Gomatam are reliably strong as Shekhar’s friends. Athmiya Rajan makes an impression while Muskan Khubchandani, who appears in the flashback, portrays the heartwarming emotions with ease. In fact, these characters provide the emotional wall to the story. Shivani Rajasekhar, though billed as a special appearance, makes a subtle act. Teenager is fine.

Anoop Rubens’ background score is the soul of the film, while Mallikarjuna Nargani’s cinematography is as engaging as the original. Overall, Shekhar is a gripping thriller that benefits from skilful direction and an inherently interesting plot (originally written by Shahi Kabir). The film rarely loses its grip or your attention and remains engaging when it focuses on its core plot.