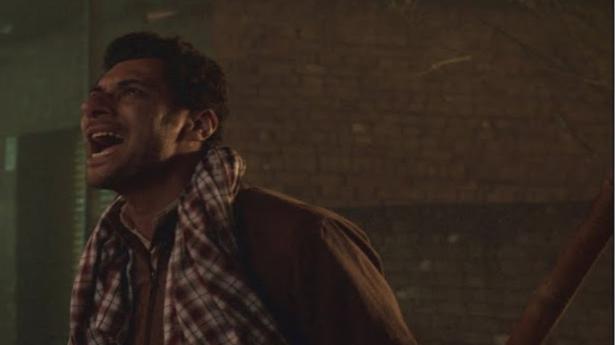 There is something about Gurvinder Singh’s universe that just sucks you in, every time he opens up a story on his minimalist canvas. Perhaps, it is their honest approach where they can find hope and despair in a daylight or moon-lit night, and no fancy lighting is needed to elevate the mood and create art.

In his latest, which was screened at the Rotterdam Film Festival, and is being screened at the ongoing Habitat International Film Festival 2022 in New Delhi, Gurivendra once again draws from the stream of Punjabi literature to complete a trilogy. The socio-political and economic life of the state, often observed on-screen, but rarely scanned with a scalpel and a paintbrush.

Here, Gurdial Singh’s writing provides the foundation for Gurvinder to take a creative leap. The famous Punjabi writer loves to find a ray of light amidst the darkness. He often finds in a character the tenderness of love and the cruelty of revenge. Singh turns his words into long chants of silence, which play on the face, body and environment, expressing the agony of untold hurt.

it is reflected Anhe Ghore Da Daan (2011), which Singh adapted as his first feature film. Here again, it is on display as Singh tells the story of a criminal named Modan (Jatinder Mohar), who returns to his native village after being behind bars for years to end his father’s suffering.

Whereas Anhe Ghore To deal with the plight of Dalit Sikhs, Singh unabashedly shredded the complex idea of ​​respect and affection among Jat Sikhs.

When Modan returns, he finds that his elder brother has moved on and has made peace with his rivals. Unable to come to terms with the new reality, he moves into his ancestral home which demands repairs, just like his own life.

When Modan shows his inclination towards marriage, his mind is filled with self-doubt. But his close friend Ruldu, painting the old wall as if covering the past, tells Modan that he is no ordinary criminal; He has spent time in jail to save the honor of the family.

Modan appears to be angry, vindictive and impulsive, but marries Sukhi, a single mother, and slowly develops a bond with her adopted son. He asks Khushi about her past, but does not prompt her to reveal the details. It is Modan’s soft side that gives the film its height and heart; The calm relationship between Sukhi and Modan’s mother should not be forgotten.

Gurwinder loves to play with architecture, and the old house becomes a support for him to enter Modan’s mental structure. His attempt to rebuild the past heals him and gives us a glimmer of hope, but things haven’t really changed. He is again swallowed by vengeance.

With increased visual literacy, seeing realism through multi-camera set-ups and creating so-called raw appeal on the editing table is becoming increasingly redundant. Gurvinder’s miss-n-scene doesn’t feel designed or ruled by technology, and so the storytelling feels earthy and relatable. Take the night scene, where Modan takes revenge. Leo doesn’t keep it straight, but still, the feelings connect and the moonlight-tinted darkness stays with you.

Once again, Gurvinder works with non-actors and closet actors. Jatinder has a face that cannot hide the pain and the vengeance that is brewing inside him. A capable campaigner, Molly Singh paints Sukhi’s weaknesses and strengths with a brush that leaves her mark.

Samuel John as Modan’s friend Ruladu is whole-hearted. The sequence, where Ruladu takes Modan on a motorcycle to show him what his village has experienced during his absence, highlights the problems the agricultural belt has been dealing with over the years. From petty land disputes to drug culture, Ruladu leaves everything unrestrained, something that is unexpected for Gurvinder.

The director doesn’t care to tell us Modan’s brother and puts a full stop to the proceedings when one was expecting a comma, but then he has the charm of imperfection. Just like a crescent moon!

Habitat International Film Festival 2022 running on Adh Chanani night. has been displayed in